Louis d’Or is truly the King of Cheese in Canada. 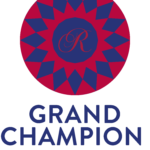 No other Canadian cheese has won all four of the most prestigious competitions in Canada.

Here’s what Cheese Sommelier Vanessa Simmons of Ottawa has to say about Louis d’Or:

Made in monster-sized 40-kilogram wheels, this washed-rind raw cow milk cheese is cooked, pressed and aged from 9 to 24 months with extra care taken during the ripening process. Resulting is a smooth, rich-textured paste encased in an antique gold, amber-colored rind. Aromas range from butter to onion and ripe pineapple. A complex mix of sweet, salty and dominant nutty, meaty flavors finish with a tingle at the back of the palate that lingers thanks to raw milk.

“Balance is achieved with a grand array of flavours blending into a mélange of excellence,” one judge at The Royal competition commented. Said another: “The aroma is nutty and herbal, the complex flavours are fantastic.”

What’s the secret of the success of Louis d’Or?

“Happy, healthy cows,” Cheesemaker Jean Morin says. “It all starts with the milk, and the care we show the cheese as we make it.”

Jean Morin is the fourth generation Morin to run the dairy farm known as Ferme Louis d’Or in Sainte Elizabeth de Warwick, a tiny village two hours east of Montréal. His children represent the fifth generation: Thomas, Charles, Alexis and Èva. A daughter-in-law, Stephanie, manages the retail store. Meet the Morin family and take a tour of the farm and fromagerie in the video:

Fromagerie du Presbytère dates back to 2005 when Jean Morin purchased the former Roman Catholic rectory across the street from the family dairy farm. (Presbytère is the French word for rectory.)

When we first visited in 2010, Jean Morin had just started making Louis d’Or, inspired by what he saw and learned from old-world cheesemakers in the Jura Mountains that straddle the border between France and Switzerland, the home of renowned Comté cheese as well as Morbier, Emmental, Mont-d’or, Gex Blue and Vacherin du Haut-Doub.

He told us he had high hopes Louis d’Or would become equally famous in Québec and Canada. “It has the right taste,” he assured us.

The past decade has proven him right. Louis d’Or has become widely known and praised for its fine, complex flavours.

In 2015, Jean Morin paid $1 to purchase the Roman Catholic church in Sainte Elizabeth de Warwick, across the street from the farm and adjacent to the rectory turned fromagerie, then poured $1 million into conversion for affinage.

The former church can house up to 3,000 wheels of Louis d’Or. They are looked after by Pat, the name given to a $300,000 Swiss-made robot that lifts, brushes and rotates the 40-kilo wheels of cheese weekly. Since the aging space is more than five meters high, the robot not only ensures uniformity but also protects employees from the hazards of manually handling wheels of cheese that weigh 40 kilos or close to 90 pounds.

Louis d’Or cheese gets its name from Ferme Louis d’Or where 140 milking cows produce the milk used to make it and other cheeses. The name of the cheese also refers to the French currency of the same name used under the reign of Louis XIII in 1640.

The longer Louis d’Or is aged the more all that aroma and flavour only elevate the taste experience to a sublime degree. It’s rich and creamy, with floral notes and hints of nuttiness, a wonderful example of Canadian cheese at its finest.

In the 2022 Cheese & Butter Competition at The Royal, there were 195 entries submitted by producers across Canada. Judging took place June 10. Complete results are posted at https://www.assistexpo.ca/results/rawf/5/

Support for the competition was provided by the Presenting Partner, Dairy Farmers of Ontario, which has made over $30,000 in prize money available, as well as Metro which supports the competition and presents the Champions Showcase during The Fair.

The Royal Agricultural Winter Fair celebrates 100 years of world-class equine and agricultural excellence on November 4-13, 2022, at Exhibition Place in Toronto. It is the world’s largest combined indoor agricultural and equestrian show.

Come and experience The Royal, there’s truly something for the entire family. Click here for information and tickets.

Best Bites: The Most Memorable Cheese of 2020

We love the smell and the taste of ooey gooey