Who says Canadian cheese cannot compete on the world stage?

Jason Fuoco, a young Quebec cheesemaker who began producing cheese three years ago, was a major winner at the 2015 World Cheese Awards last weekend. His eponymous Fuoco, a soft washed-rind cheese made with water-buffalo milk, was named Best Canadian Cheese and honoured as one of the top 15 cheeses in the world.

Three Canadian cheeses were among the 62 which attained Super Gold recognition. They are:

“Fuoco displays beautiful balance between the paste and rind, soft creamy rich paste that runs through right to the finish, very lactic milk flavour with strong barnyard scent, wonderful with crusty bread. Would not pass up on this cheese! “

Cheese made with the milk of more than one animal

Brie made from pasteurized milk

Cheese made with the milk of more than one animal 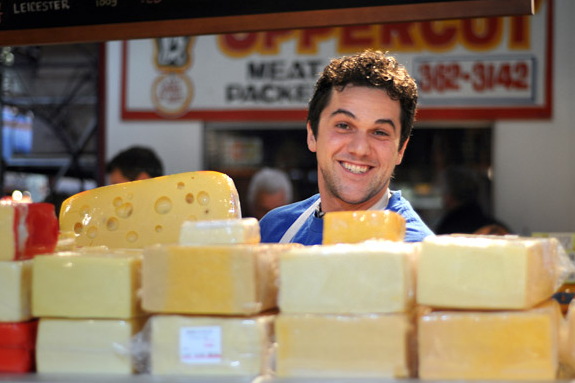 Nick Tsioros of Olympic Cheese, Toronto, was the sole Canadian judge on the jury.

Le Gruyere AOP Premier Cru made by Switzerland’s Cremo and Von Muhlnen was named Best Cheese in the World.

Let a fanatic and a poet deepen your passion for cheese

He’s been stretching fresh mozzarella for more than 50 years