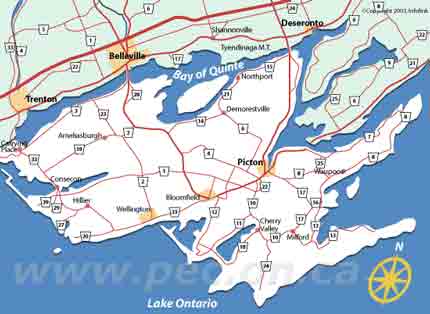 Cheese lovers have expressed strong support for Prince Edward County as the ideal venue for The Great Canadian Cheese Festival.

“Needless to say, there is no change in our commitment to produce Canada’s only annual celebration of artisan cheese in an appealing small-town, out-in-the-country setting that has been the Festival’s home since its inception,” says Georgs Kolesnikovs, event founder and director.

The third annual Great Canadian Cheese Festival will take place June 1-2 in Crystal Palace on the Prince Edward Fairgrounds in Picton, in the heart of Prince Edward County, Ontario. Cheese tours and a cooking class will be offered on Friday, May 31.

Earlybird ticket sales are under way at at www.cheesefestival.ca.

“Prince Edward County is an appealing destination for cheese and food lovers for many reasons,” says Kolesnikovs. “The awesome array of wineries is a huge draw. The range of artisan food producers is quite impressive for such a small region.

“Soon, the County will again be a significant force in artisan cheesemaking. Award-winning Fifth Town Artisan Cheese will resume production later this year under new ownership, and a newcomer, County Cheese Company, aims to start production this summer. Of course, Black River Cheese has been in business in the County since 1901.”

The Great Canadian Cheese Festival is a multi-faceted, two-day event that annually attracts thousands of consumers to meet, learn, taste and buy the best in artisan cheese and fine foods and sample fine wine, craft beer and crisp cider. Dairy Farmers of Canada is the lead sponsor, presenting seminars throughout the day in the All You Need Is Cheese® Annex.

The Artisan Cheese & Fine Food Fair features a Dairy Farm display for the enjoyment of young and old. Also on the program are Tutored Tastings where experts offer guidance on a variety of cheese topics.

The Cheese Festival also features a special Saturday evening social functions. Winners of the Canadian Cheese Grand Prix are on the menu as the cheese course at Gastronomy on the Farm with Jamie Kennedy.

Last year, close to 100 exhibitors and vendors and more than 3,000 consumers made the event the largest cheese show in Canada representing producers from coast to coast. One-third of the participating cheese producers come from Québec.

Tasting 225 cheeses over two days for a noble cause

Start your day at #TGCCF with free cheese curds